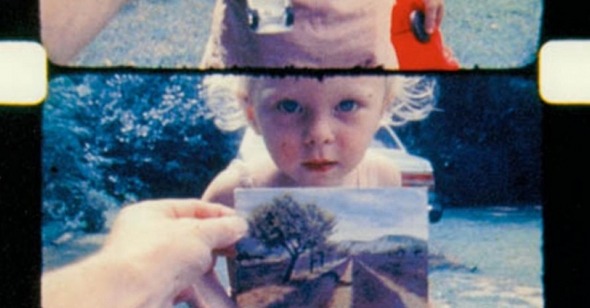 “Dear viewer,” he says. Also: “Ah, my friends!” Throughout the nearly five-hour diary film As I Was Moving Ahead Occasionally I Saw Brief Glimpses of Beauty (2000), New York avant-garde icon Jonas Mekas delivers these phrases in voiceover with a halting lilt, as if tickled by the extreme commitment that the church of cinema can exact from its congregation, or sheepish about the often impenetrably personal recollections he’s asking viewers to sit through. As he repeatedly circles back to these same salutations, it’s hard not to think about how seldom we get to be addressed like this, so directly and intimately, over such a luxurious expanse of screen time. And it’s also hard not to marvel at how rare it is to be set loose in the dusty archives of someone’s private life, with a narrator whose uncertainty about what to make of it all happens to mirror our own.

Stitched together from decades’ worth of footage shot on Mekas’s 16mm Bolex, this is an epic of city streets and summer lawns, Cape Cod getaways and Central Park picnics, cats lounging on windowsills and children growing up. Bleary shots of Mekas and his circle of family and friends, stretching from the 1970s to the turn of the millennium, accumulate in non-chronological bursts, and though the movie is organized into twelve chapters, it never coalesces into anything close to a narrative or a discernible pattern of themes. In the filmmaker’s own words, this is “a masterpiece of nothing,” and its unhurried pace and loose structure make it easy to mistake for a tribute to a life well lived, a leisurely exercise in smelling the roses.

Few films have so poignantly embodied André Bazin’s notion of cinema as “time mummified,” as a thing that lives and breathes and dies. But what perversity compels a filmmaker to hold his audience captive for five hours, only to apologize at every turn about how empty-handed he’s leaving them? And what ultimately makes us stick around? As I Was Moving Ahead… operates as one extended flashback, with memories unanchored from their context, and leaps in time rendered almost irrelevant and indistinguishable by the uniformly granular, discolored look of the 16mm stock.

In its own gentle way As I Was Moving Ahead… keeps us on the brink of frustration. Built into the fabric of movies that are thisunrelentingly long is the perfectly reasonable question of “Why watch?” The allure of duration, as manifested in the use of long takes or drawn-out runtimes, often lies in the way it can nudge a film closer to lived experience, giving on-screen moments the feeling of having been sliced whole from reality. We often assume that with length we’re gaining not only in the volume of information we’re able to take in but also in the freedom to let our consciousness wander in and around it. Along with that freedom comes a paradoxical sense of entrapment, as if we were no more capable of turning away from the screen than we are of escaping the ongoingness of life itself.

All of this might seem to suggest that there’s something inherently conceptual about long movies, that in them time necessarily takes on its own profound set of meanings. But about an hour in, it becomes clear that Mekas isn’t particularly invested in the meaning of anything. If empiricism posits truth’s accessibility through one’s own perceptions, Mekas sounds a contradictory note, pleading ignorance in the face of visual plenitude: “I know nothing,” he insists, “I have never known anything.”

From time to time, his voiceover makes efforts to counter this sentiment with a bout of rumination, and yet his stance ultimately remains that of the loiterer rather than the philosopher, someone more interested in whiling time away than rigorously dissecting or filling it. The relentlessly expanding spaciousness of the film as a whole exists in constant tension with the shard-like quality of its images, most of which race by too quickly for us to fully inhabit. And at the same time, the lack of synchronous diegetic sound gives an impression of a world caught in amber, perceptible but untouchable. It’s an unnerving feeling to get from a film in which people are constantly laying their hands on things: loaves of bread, fruit, musical instruments, each other. At times it seems we can almost grasp what it must be like to be a part of this world, as we imagine the sensation of inhabiting the handful of settings Mekas repeatedly returns to, which serve as visual anchors for the film—certain corners of the family home, with light pouring through the windows; vaguely familiar glimpses of Manhattan streets. But the vividness of these images is fleeting, washed away by the impatient flow of the filmmaker’s associations and by the distance created by his narration, which never straightforwardly describes or engages with what we’re seeing.

One of the miraculous things about Mekas’s voiceover is how seamlessly it opens up the insularity of the film’s materials to the emotional immediacy of the present tense, a parallel universe that exerts as much force on us as anything that appears onscreen. You can imagine a single all-night session in a dimly lit editing room, the elderly auteur fumbling through celluloid remnants of his past. Like Yeats confronting his “foul rag and bone shop of the heart,” Mekas has come to rest in an endless cycle of nagging self-reflection, staring down his pet themes and devices in the twilight of a long career.

Through Mekas’s voice we come to understand the passions that fuel this particular elegy, the mad urge to take one’s life into one’s arms. When he lets the images cascade past us without narration, we start to urgently miss his guiding presence, the mumblings of an old man reassuring us that he’s still here. In these moments, it’s as though we’ve been forced to realize that the Mekas of 2000 is no less mutable than all the previous selves we’re seeing onscreen. Bereft of his meandering, heavily accented speeches, the images start to coalesce into a kind of dream state, lulling us with melancholy jazz piano, snippets of unrelated audio pulled from his archives, or the insistent ticking of a clock.

Each new sonic layer arrives like a new temporality draped across a bedrock of memories, so that in spite of the smooth even-temperedness of its cadences, the film feels porous, with various pasts and presents anxiously crisscrossing and burrowing into each other. If Mekas had wanted to, he could easily have made a five-hour movie that felt hefty and monumental, a Whitmanian song of the self. Instead, As I Was Moving Ahead… is so committed to evoking the textures of lost time that it feels fragile, as if it might dissolve after viewing.

Any memoir in any medium inevitably fosters the question of whether its maker lived a life worth recording. While the autobiography is typically assumed to be a mode of confession, Mekas chose to confront pain by way of paradise, leaving the existential disquiet of a man who survived the Holocaust relegated to brief, plaintive junctures on the voiceover. Mostly he keeps these glimmers of darkness at the level of poetic understatement: “Cinema is innocent,” he says, but “people are not innocent. They are not.”

There is innocence in this film, and it is heartrendingly beautiful. The domestic scenes are suffused with so much love, it’s hard to come to terms with the fact that Mekas is now separated from the film’s golden-haired matriarch, Hollis Melton, and to consider that theirs must have been a home in which the same paradise he now seeks to reconstruct onscreen was ultimately lost. In light of this, it’s clear that Mekas has set out not to capture what memory feels like—remembering being an act that succumbs to disenchantment far more quickly than this movie ever does—but to explore how cinema creates new ways of rendering tangible all that has already evaporated. By the end of As I Was Moving Ahead…, we understand its five-hour runtime not so much as a warehouse for Mekas’s memories but as a bittersweet attempt to make the most beautiful of them burn in the eye just a little while longer.