The Dark and the Light 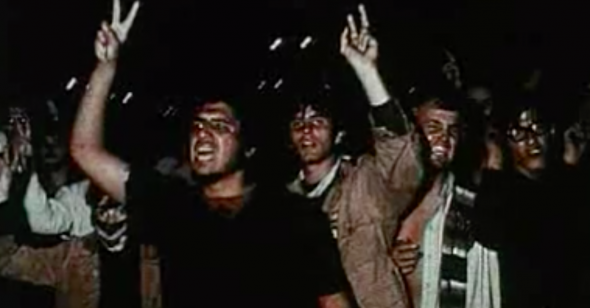 The Dark and the Light:
Fear Has Helped Candidates Win the Presidency‚ÄîBut Not Necessarily Retain It
By Kathryn Cramer Brownell

‚ÄúAre you better off than you were four years ago?‚Äù Ronald Reagan made this question central to his successful campaign in 1980 to unseat the incumbent president, Jimmy Carter. Millions of Americans answered no, and they voted Carter out of office in a landslide. That memorable line also captures the essential question at the core of a bid for reelection. In fact, when he was Vice President, Joe Biden successfully argued in 2012 that Americans should give him and President Obama four more years because of nine words: ‚ÄúOsama bin Laden is dead, and General Motors is alive.‚Äù

Throughout the 2020 election, with the economy struggling and the COVID-19 pandemic intensifying, President Donald Trump failed to convince most Americans that they were better off under his administration. In a telling shift, the Republican National Convention theme of ‚Äúpromises made, promises kept‚Äù faded away as President Trump doubled down on the slogan that propelled his unlikely win in 2016: Make America Great Again. The history of television political advertising, however, sheds insights into why Trump‚Äôs dark rhetoric and outsider campaign strategy failed in 2020.

Like Donald Trump, Richard Nixon won the White House by capitalizing on the social, cultural, and political unrest of the era. In a tumultuous election year, civil rights and antiwar activists took to the streets to demand an end to racial discrimination at home and imperialism abroad. The political assassinations of Martin Luther King, Jr. and Robert Kennedy shook the nation, as did protests that turned violent in cities across the country and at the Chicago Democratic National Convention. Nixon promised to restore ‚Äúlaw and order,‚Äù a message that spoke clearly to white Americans across the country, intimating his opposition to advancing the civil rights agenda. The slogan exploited racial tensions, and it appeared in living rooms across the country with groundbreaking advertisements that featured expertly crafted narratives with powerful images and music.

Nixon brought together a powerhouse team of advertising men, media consultants, and entertainers: Harry Treleaven, an advertiser who had just crafted a successful congressional bid for George H. W. Bush in Texas; Ray Price, a former editorial writer for the New York Herald Tribune; Frank Shakespeare, a CBS executive, and Roger Ailes, a producer for the daytime entertainment program The Mike Douglas Show. These men convinced Nixon that the right media strategy and campaign message would help him with the race he lost in 1960.

Nixon‚Äôs team crafted memos about the importance of presenting the Nixon message in ‚Äúdramatic‚Äù television advertisements that connected to the ‚Äúspirit‚Äù of the country in a way that ‚Äúwould catch the public eye.‚Äù When Richard Nixon won the 1968 election, he also delivered a powerful victory for advertising agencies and media consultants across the country, all of whom told political candidates that the difference between Nixon the loser in 1960 and Nixon the winner in 1968 was an effective television approach.

These lessons also shaped the very operationsof Nixon‚Äôs presidency, launching what scholars call the ‚Äúpermanent campaign.‚Äù Immediately following his victory, his media team understood that a successful reelection campaign in 1972 would hinge on being able to control his presidential image over the next four years. ‚ÄúTelevision,‚Äù wrote Roger Ailes in a post-election analysis, ‚Äúwas used well in this campaign. But in four years it will have to be better.‚Äù To do this, Nixon worked diligently with his top advisors on monitoring his media image‚Äîsomething that at times involved bullying and harassing reporters, trying to censor certain stories, and severely limiting information released by the administration to the broader public. Such a move to manage news and control the media was not unprecedented; after all, presidents have long battled with the press. But Nixon‚Äôs tactics reached new levels of coercion, intensity, and manipulation. Why? Because the stakes were so high. Public appearances and policy decisions had a public relations strategy explicitly linked to his reelection campaign.

For example, events like the Apollo moon landing in July 1969 and his dramatic visit to China in February 1972 were carefully orchestrated, all with an eye to presenting specific narratives of his presidential achievements. The moon landing featured the ‚Äúmost historic telephone call ever‚Äù when President Richard Nixon appeared on split screen with the astronauts Neil Armstrong and Edwin ‚ÄúBuzz‚Äù Aldrin. Traveling to China and leading the United States to a thaw in the Cold War provided dramatic scenes‚Äîeffectively relayed via satellite systems to coincide with evening news broadcasts‚Äîthat showed Nixon taking bold action, just as he had promised he would do. In fact, the slogan ‚Äúhe delivered on his campaign promises‚Äù was the theme of his campaign in 1972. During the Republican National Convention that year, a documentary, The Presidential Years, used footage from the moon landing and the opening of China to make the case for Nixon‚Äôs reelection.

The Committee to Re-Elect the President (CREEP) served as the central public relations organization for the Nixon campaign. While remembered for its illegal operations that the Watergate investigation later exposed, the committee also worked diligently to capture memorable scenes of Nixon hard at work for the American people. Focused on advertisements designed to look just as factual as the evening news, the campaign highlighted the President as ‚Äúa man of action‚Äù who had ‚Äúlong-range vision and a master plan‚Äù as well as ‚Äúcourage, decisiveness, and dedication‚Äù in the face of the ‚Äúmess‚Äù he ‚Äúinherited in 1968.‚Äù

On the campaign trail, CREEP coordinated with celebrity supporters and provided them talking points about his achievements on topics like ‚ÄúRussia and China,‚Äù ‚ÄúThe Economy,‚Äù and ‚ÄúDomestic Policy.‚Äù President Nixon himself wanted to avoid attacking Democrats and his critics in public, so he used a range of surrogates‚Äînotably figures like Vice President Spiro Agnew‚Äîto do this work. As one memo highlighted, ‚ÄúThe President is not good when he becomes the attacker‚Ä¶It is recommended that the opposition candidates‚Äô challenge be strongly and immediately repudiated, not by the President, but by key Administration officials.‚Äù The result of this strategy? ‚ÄúThe President never gets down to the level of the opposition, nor does the opposition ever get a chance in the ring on the Presidential level.‚Äù In short, while Nixon‚Äôs 1968 campaign centered on portraying the world as dark, dangerous, and in need of stronger leadership, his 1972 campaign showed a world literally filled with sunshine, butterflies, and opportunities, as seen in this advertisement.

The lesson? Successful incumbent campaigns need to celebrate accomplishments and craft a narrative of progress. While Ronald Reagan highlighted Carter‚Äôs failures in the 1980 campaign, his reelection campaign centered on the powerful message that it was ‚Äúmorning again in America‚Äù and under the leadership of President Reagan ‚Äúour country is prouder, stronger, and better.‚Äù

Both Richard Nixon and Donald Trump won the presidency by presenting visions of American violence and unrest, which they then promised to fix. But their reelection campaigns were notably different. Two of the most frequently run television advertisements by the Trump team were ‚ÄúDefund the Police‚Äù and ‚ÄúTakeover‚Äù and both aimed to promote his ‚Äúlaw and order‚Äù message and cultivate fear of a ‚Äúradical left.‚Äù Notably, the advertisement that the president‚Äôs campaign attempted to use to celebrate his response to COVID-19 generated controversy for clearly manipulating the words of the nation‚Äôs most trusted public health expert, Dr. Anthony Fauci. On his social media feeds, the most watched videos advanced misinformation and called into question Biden‚Äôs cognitive abilities. Such messaging may have cemented support from his base, which has stayed consistently loyal to the president, but it did little to convince others that he deserved four more years.