In Between Time
Daniel Cockburn on The Unbelievable Truth

“Oh, but . . . Audry,” whines dressed-for-success graduate Emmet (Gary Sauer), as his high school sweetheart (Adrienne Shelley) walks away from him for good. She’s leaving him because nothing is real to her except the surety of nuclear holocaust, an impending oblivion she holds onto as justification for believing in nothing else. Cut from his medium shot—youth’s superficial despair in a sunny suburban street—to an establishing shot of an industrial wasteland, drably huge barrels blocking the sky. Into this frame walks Josh (Robert Burke), the drifter whose approach to town, already crosscut with Audrey’s attempts to divest herself of everything, leads us in time-honored parallel-narrative fashion to predictively chart their paths’ intersection.

From one scene’s end to another’s beginning: standard cutting practice... Except that the two shots are separated by something: a title card, bold white on black, stating bluntly: “MEANWHILE.”

This is a joke, but why? Coming ten minutes into Hal Hartley’s first feature The Unbelievable Truth, it predicts much of what is to be admired in the coming 80 minutes and dozen or so features: spelling-out of cinematic and dramatic fundamentals that we take for granted, that we don’t need to elucidate because they’re… well, fundamental. This is a title card that, if employed without self-awareness, would be the work of a filmmaker with no understanding of montage, who doesn’t realize that you don’t need to paste over this cut with “MEANWHILE” because that’s what the cut means.

Some jokes are funny because of their content, and some because of their syntax. Hartley’s title card is the latter kind; it makes syntax visible. That’s why, even though this sequence is composed of three shots and two cuts (Emmet—cut to “MEANWHILE”—cut to Josh), I prefer to think of it as a direct cut from one shot to a second one, a cut which itself has magically been prolonged, been given duration and, with duration, existence and visibility. What it looks like is, apparently, that word. 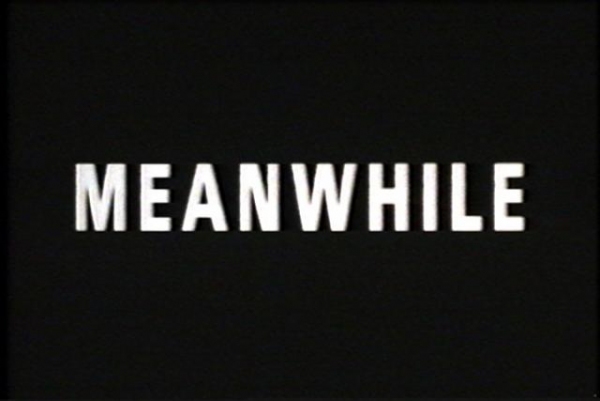 But the joke bites back: its second punchline is the fallacy of my argument, the assumption that film’s syntax is the same as language’s. I had a high-school media studies teacher who fed us the axiom “shot is to word as scene is to sentence” out of some archaic textbook, and even then I knew that though this had some truth it was deeply flawed. The compulsion to make grammar of film lingers on: even though we learned early on that those high-school analogies were a little too simple, a little too easy, we still can’t let them go. If we want to find a truer version of that grammatical impulse, one that derives not just from the film as a finished object but also from its nature as a recording medium, then we can say that every shot is a direct quotation. And every shot, in the constructed fictional space of narrative cinema, is a quote out of context. The new context, the fictional time and space of the film, exists in the mind of the viewer, inferred from and across the cuts.

When Audry walks away from Emmet, and he whines, and Josh approaches the barrels, we know that Adrienne Shelley’s walk may well have been shot on a different day, and a different street, from Gary Sauer’s reaction, and that Robert Burke almost definitely did not actually approach the barrels while all this was happening… but we also know that Shelley most certainly did walk down that street, and Sauer did whine, and Burke definitely did approach those barrels. We know too that the cuts between them are to some extent untruths, in that they coerce us to see contiguity where there actually was and is only fracture. But as long as the cuts remain “visible” (and the way for an invisible entity to be seen is to be noticed), we can still see the individual quotation marks around each individual shot, and the lie of the continuity cut is a space into which we willingly and knowingly fall. Perhaps the best summary of all this is the phrase so long a part of filmmaking that the peculiar and poetic damage it does to the English language goes unnoticed: that we speak of “cutting a film together.”

Our faith in the shot’s relation to our world, and our faith in the cut’s relation to a fictional one: two very different faiths which together constitute a large part of what we have come to know as cinema, due in no small part to their interdependence. But these faiths rely on the assumption that what we’re seeing is in fact a direct quote, an image of something that actually happened. When film’s indexicality can no longer be taken for granted, when the image’s relation to our world is no longer one-to-one but could sit anywhere on a spectrum of ratios progressing through Fight Club’s life-in-an-IKEA-catalogue, Richard Linklater’s rotoscoped pixel-painting, and the presciently named Gollum, it’s not only our trust of the image that’s in a precarious situation but our understanding of the cut as well.

Godard’s “truth 24 times a second” is an increasingly archaic definition of cinema; if morphing and compositing allow for seamless merging of separate shots, if each individual frame can be totally and photo-realistically modified without relation to the others, it may be more accurate to say that film is 24 cuts per second. This is tantamount to saying no cuts at all, but in a new sense such that “no cuts” does not necessarily mean “single take.” Certainly the most prominently positioned pleasures of CGI seem to be more based on the morph than on montage—the last ten years of animated features leave a memory-impression of a gaggle of shapeshifting creatures plunging down an obstacle-ridden mineshaft/wormhole/tidal current in one impossibly hyperbolic POV “camera” move.

But this is not just about SFX and CGI, not just a complaint about the moneyed fantasy-epics and the use to which they put the technology. The trickle-down effect is the knowledge that the banal is just as modifiable as the fantastic, and, in some cases, even less noticeably so. An airbrushed mole, a sunset replacing smog, or a ruined edifice restored: the educated viewer knows that even the stuff that looks real might be fake, that even unmodified cinematic representation of the world is now an unbelievable truth. You can’t be sure whether what you’re looking at was actually there or not, because you can’t see the quotation marks any more.

It’s the widespread, minute understanding of the “syntax” of film—understanding of the camera’s relationship to reality, and of the edit’s relationship to that relationship—that is not only necessary for understanding the “MEANWHILE” joke but also its very substance. It depends on our learned understanding of and feel for the meaning of a cut, of what it means to in one instant leave a heretofore-continuous shot, be told of its end, and in that same instant enter another one. It is hard to imagine how this joke might be understood by an audience knowing nothing of film as a series of recorded shots, only as a continuous stream of generated video. This futuristic-sounding scenario is admittedly still a long way off… but the time in which audiences and filmmakers alike find no need for distinction between the two—indeed, crave their conflation—is already here.

When Hartley’s films succeed, they do so by giving weight to his games of syntax, form, and filmmaking basics laid bare. The Unbelievable Truth manages to do so because of the film’s (and Adrienne Shelley’s) awareness that Audry’s belief in impending nuclear winter, however justified, is also a defense mechanism against being forced to take a stand for anything else. It may well be that crying apocalypse, decrying the coming Age of Non-Indexicality, speaks of a similar pathology—nostalgia encased in nihilism. Certainly we would do well to meet the challenges of our coming image-world rather than retreat into the good old days of cinematic truth, into VHS tapes of indie movies with inside jokes that once felt new... but best to preface the new age with a catalogue of those artifacts worth remembering. Among them, the implication of “meanwhile”: an understanding that contemporaneity exists, that the reality with which I am faced may not be the only one, that crosscutting is possible; conversely, that the world of fiction in which I absorb myself is not the be-all and end-all of images. 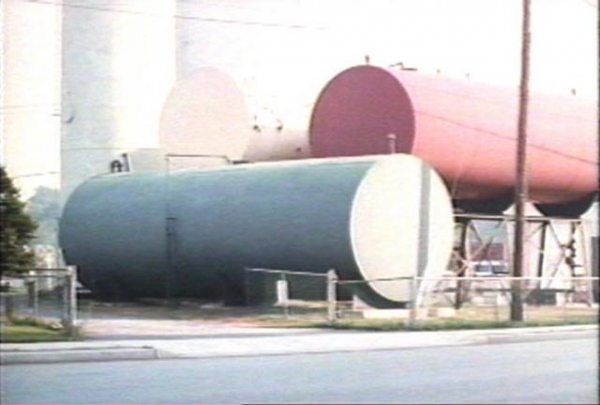