This past semester I taught an undergraduate seminar on the films of Claire Denis at The New School, a course that, like so many others across every level of education, went online in March. This has been a difficult transition for all, but especially for those students who were dealing with illness, death, and financial precarity, staying engaged in a course on movies was a challenge. Some never made it back‚ÄĒif ‚Äúback‚ÄĚ is the word. For those who could join the online classes, there remained for me many questions about hastily pivoting to a form of learning‚ÄĒand of interaction more generally‚ÄĒthat takes place entirely via telecommunication, a space in which the only semblance of community and proximity is a gallery of muted faces.

This adaptation was also particularly jarring for a course dedicated to the work of a filmmaker so dedicated to cinema‚Äôs alternative senses, to exploring its capacity to cultivate forms of sensuous immersion beyond the audiovisual. Denis, as practically everyone who has ever written about her says, is interested in bodies, skin, touch. She is also interested in alternative forms of community: especially those that evade the networks of patriarchy, racist power structures, heteronormative family traditions. To translate our discussions of these themes into the panoptical spaces of a Zoom meeting seemed daunting.

Denis‚Äôs most recent film, and the final film of our course, High Life is about being incarcerated in infinite space, a weird analogue to a set of conditions that finds us isolated and exposed, at once disengaged from a world of physical intimacy and touch and trapped in needy, fragile bodies that will sooner or later betray us. The resonances with the pandemic‚Äôs first period of isolation were not subtle: on the one hand, feral energies, alleviated by the temporary release of a dildonic contraption affectionately dubbed ‚Äúthe fuckbox‚ÄĚ or of carefully administered (self-) medications; on the other, nostalgia for the pleasures of the world‚ÄĒnot Red Lobster and haircuts, but the social world, the public world. And where most recent space films, like Interstellar and Gravity, reinforce a long-held narrative of humanity as an acquisitive, expansionist endeavor, where humans star as explorers and off-world colonizers, High Life is about workers within a system that demands everything of their bodies in the service of The Mission‚ÄĒto be, in the words of Juliette Binoche‚Äôs baby-crazy, baby-killing mother/doctor/witch, ‚Äútotally devoted to reproduction,‚ÄĚ both biological and social.

It was impossible not to see the connections between the film‚Äôs human container-ship in space and the Zoom cell block, especially at a time in which the world increasingly felt like it was hurtling into a social, mental, ecological, and economic black hole. (Get your final papers in before the end of the world!) Educators want to equip students for the future, but that logic implies many things: first, an actual future, but also, too often, a reproduction of that which has come before, all that is currently failing and failing them in particular. Faced with the total and highly deliberate disregard for human life by leaders at every level‚ÄĒa manifestation of what Ruth Wilson Gilmore calls ‚Äúorganized abandonment,‚ÄĚ a nakedly hierarchical adjudication of whose lives matter and whose do not‚ÄĒarming younger generations for the struggles both present and future can seem a futile project, like tending a garden in space.

‚ÄúI can‚Äôt do this space shit no more,‚ÄĚ Andr√© 3000 says, taking care of his interstellar kale patch. It‚Äôs a line that resonates with the emotional exhaustion, loneliness, and despair people have been feeling these last three months. It also marks a particular contradiction of what space is and what it means, a contradiction between confinement and infinite space, a forced proximity to others that is also total isolation, a public sphere that is entirely privatized and siloed. What space is left?

I confess, with regret, that High Life left me with no optimistic messages to impart to my students at the end of this course. But they‚ÄĒmaybe because they have not yet passed into the full cynicism that‚Äôs been baked into many of us over the last decades‚ÄĒhad a different view. Watching Monte and his daughter Willow careening into the void at the film‚Äôs end, I could see nothing on the other side, but they disagreed: the only way out is through. In the film‚Äôs final moments, I saw a void, but they saw a flat, golden line. Where I saw a black hole, they saw a horizon. And why not? It‚Äôs worth remembering that, against all odds, the final line of the film‚ÄĒthe answer to the question ‚ÄúShall we?‚ÄĚ‚ÄĒis ‚ÄúYes.‚ÄĚ ‚ÄĒLeo Goldsmith

Snow White and the Seven Dwarfs and Cinderella

I have been watching an incredible amount of children‚Äôs films. It is a strange thing to be humming along to ‚ÄúBaby Mine‚ÄĚ with my toddler during the umpteenth viewing of Dumbo, all while sneaking glances at my phone, at the news, at Twitter. For the past couple of months, in my apartment on the Lower East Side, it was the sound of ambulances that would interrupt my attention. More recently, it has been helicopters circling the neighborhood, and even more recently, impassioned chanting along Delancey Street. My daughter pays no mind. She is far away, in Oz, Arendelle, the Hundred Acre Wood, and the swamp of the water nymph Rusalka (we also got a subscription to the Met Opera channel). This is what I want for her: an imaginative realm as vast as our current circumstances have been limited.

I find myself watching these movies with an ear for the activity outside. This is not an intuitive pairing, but it is perhaps an inevitable one. Fairy tales would seem to be the height of escapist fantasy. They seem to exist outside of history, outside of time altogether. To be sure, they are highly adaptable to ideological agendas, but more than this they are stories that inhabit a young child‚Äôs psyche. This is why fairy tales run so deep; much of the architecture of our fears and desires are shaped by the wolves, witches, and forests we encounter with them. They are less brute instruments of socialization (as the cruelest Santa Claus denier would have it) than spaces for psychological development. The ‚Äúuse of enchantment,‚ÄĚ as psychoanalyst Bruno Bettelheim described, is to provide imaginative playgrounds where a child‚Äôs turbulent emotions can be safely expressed and worked through.

Two of the films on heavy rotation in my household are Snow White and the Seven Dwarfs (1937) and Cinderella (1950). I‚Äôve noticed that there is a considerable focus on housekeeping in both films. Their tasks are enormous: Snow White tidies a cottage with an alarming amount of dust, and Cinderella, for reasons that can only be motivated by cruelty, seems to be the sole servant waiting on her stepmother and stepsisters. The cleaning scenes, surely unessential to the business of vanquishing evil stepmothers and marrying princes, take up an extraordinary amount of screen time. We can assume that once these women enter their rightful royal places, they‚Äôll hand over their scrubbing duties to someone else.

Both, though, already have help in the form of numerous adorable woodland creatures. These are surprisingly effective housekeepers, and they get to work as if they knew exactly what was needed in human households. A surprising thing about both movies is that we don‚Äôt see Snow White or Cinderella do much cleaning. Snow White is actually kind of a micromanager, and it‚Äôs not even her own house. She scolds a couple of squirrels when they try to sweep dust under a rug, and offers encouragement by singing the truly inane ‚ÄúWhistle While You Work.‚ÄĚ The animals, meanwhile, don‚Äôt get any credit, even if their help means that Cinderella has time to get to the fateful ball, and that Snow White endears herself all the more to the dwarves.

Bettelheim observed that Cinderella‚Äôs name wrongly suggests ‚Äúcinders,‚ÄĚ rather than ‚Äúashes,‚ÄĚ which is the more accurate translation of the French cendrillon. Cinders are the ‚Äúquite dirty remnants of an incomplete combustion,‚ÄĚ often a charred or still-burning object. Ashes are powder, the result of something burning entirely through. Even if there aren‚Äôt fires in every version of the Cinderella story, including the Disney one, Cinderella‚Äôs name alone is enough to signal this association with ashes. It puts her on the side of total destruction, which in her case means her rebirth as a princess, as well as completion, the necessary condition for this transformation to occur. Ashes also have significance for funereal rites, scattered among mourners and used to purify sanctified ground.

One recent morning, as I walked with my daughter through the East River Park, I saw three teenagers working their way slowly through the tall grass, picking up litter. The park serves the largely low-income neighborhood on the opposite side of the FDR highway, and during these shutdown months it has been noticeably neglected by maintenance. There‚Äôs been an uptick in trash but also plant life grown beautifully unruly. I thought of the protestors across the country who have been cleaning, chanting, and risking their lives to infection and to police violence. There‚Äôs so much to gut and rebuild. There are a staggering number of lives to mourn, and lives yet to mourn. There are also those that are surely up to the task, like the animals that do the hard and thankless work of Disney‚Äôs dainty princesses. Let them take charge of the house and rip out its rotten foundation. To cite Thom Andersen‚Äôs Los Angeles Plays Itself: there are ‚Äúso many men unneeded, unwanted in a world where there is so much to be done.‚ÄĚ Let us clear a space to grieve, to transform, and to work. ‚ÄĒ Genevieve Yue 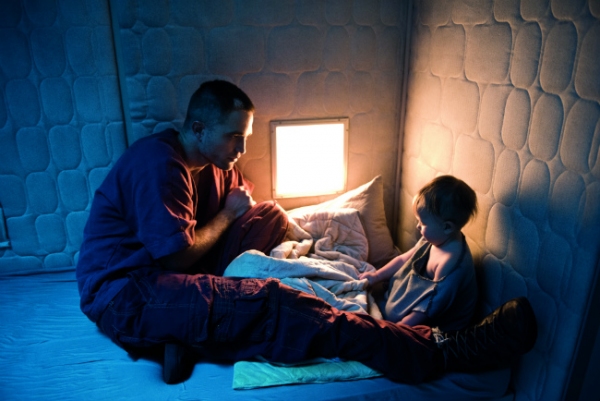